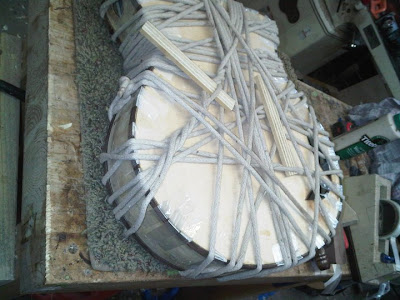 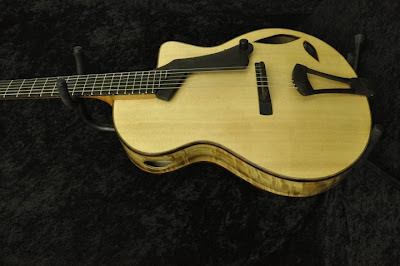 Below are Guitarist Bob Bakert's facebook comments about his soon to be finished Thorell Guitar and then enjoy Frank Vignola playing this new guitar:

"I'm getting excited about my new "jazz box".. It is a Thorell built very similar to the Frank Vignola model but with a slightly larger body add a little flat top sound... think OM martin bred to an L5 with a tad of Selmer.... I should have it in the next 3-4 weeks... hopefully in time for my show at Lena's next month on the 9th...

If you are not familiar with Thorell, he is a Luthier from Logan Utah who builds beautiful guitars.... thorellguitars.com.... I played Frank Vignola's Thorell when he was in Atlanta last year and got the bug... for those non players.. an OM Martin is a very traditional flat top, a Gibson L5 is what Wes Montgomery played and a Selmer/Macaferri is what Django Reinhardt played."