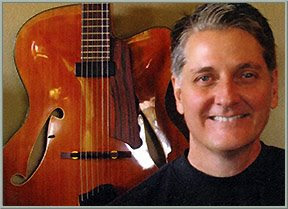 A classically trained musician and composer, Joe has participated in every aspect of the music world. He has served as score composer on feature films including "The Outsider" and "Shoot Or Be Shot" starring William Shatner and Harry Hamlin and as orchestrator on a number of successful movies, including "The Perfect Storm", "How The Grinch Stole Christmas" and "Doomsday".
His career includes a 20-year association with the Walt Disney Company & Universal Studios composing a wide range of musical scores in the United States, Japan, Hong Kong & Latin America. Joe has conducted the London Symphony, National Symphony, Seattle Symphony & Slovak National Symphony orchestras.

Joe stated: " I think Ryan is great and incredibly talented and I LOVE the guitar I bought from him!!!"

Here is a link to his amazing list of credits as a composer: http://alfuso.com/clients.htm

Listen to some of his equally amazing compositions: http://alfuso.com/compositions.htm